It’s been a rocky year for the couple formerly known as Kimye, but it looks like Kanye West and Kim Kardashian will not be living as far apart as their impending divorce suggests.

The newlywed Ye just bought a $4.5 million mansion in the same Hidden Hills neighborhood where his soon-to-be ex-wife lives. The house is even located directly across the street.

According to sources close to the rapper Heartless, Ye bought the expensive property way above the asking price to stay close to his kids. The former power duo has four children together: North (8), Saint (6), Chicago (3) and Psalm (2).

Although the property is not exactly move-in ready – insiders report that the home is considered a “condemned house” and needs extensive renovations – the location was Ye’s main concern. “He has a vision for the house and plans to start construction ASAP,” the insider said. “It will be family-friendly.”

The home was built in 1955 and is carpeted throughout much of the 4-bedroom, 2.5-bathroom space, suggesting there is plenty of room for some improvements. On the other hand, the property has its own horse barn, which could be a major selling point for daughter North, who has already gotten her own Friesian horse.

West currently resides in Malibu in a stunning Tadao Ando-designed home that he bought for $57.3 million. 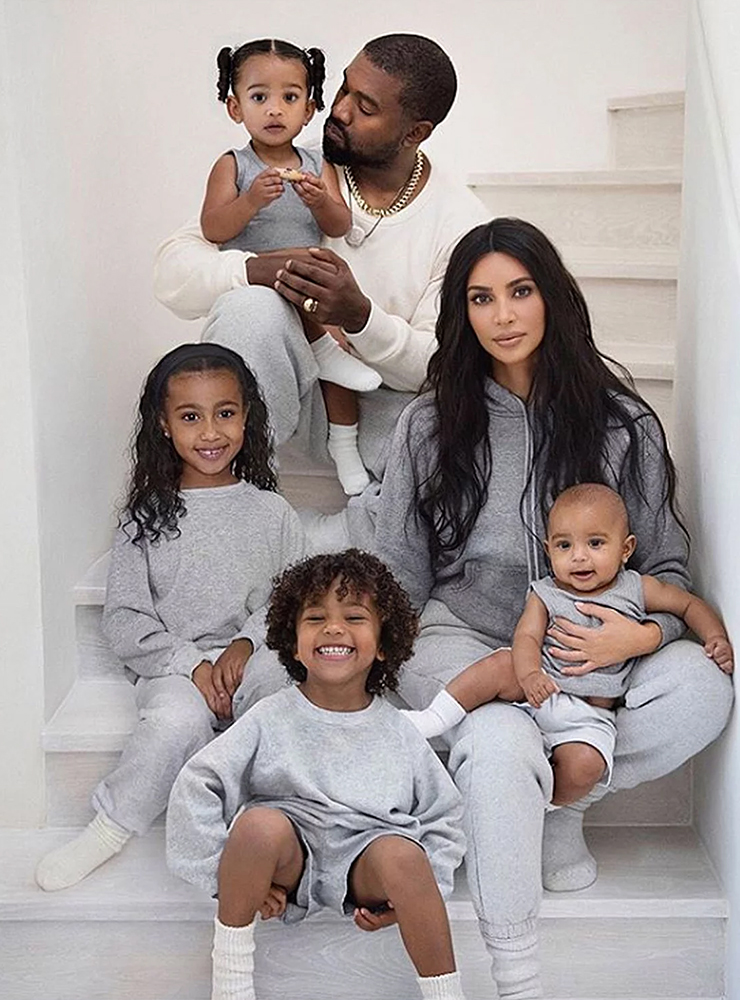 The house where Kim currently lives with her children is the mega mansion she used to live in with Kanye. Last October, she bought out his share for a whopping $23 million as the two parents move towards a divorce settlement.

The new living arrangements will certainly make things easier for the kids, as the couple plans to share custody, according to legal documents Kim filed as part of her divorce petition. At the time, a source revealed Kim’s hopes for the future, saying, “She wants Kanye to be a big part of the kids’ lives. [He will be invited to all holidays and family gatherings.

So far, that plan appears to be intact. The couple reportedly just spent Christmas with their kids, and rumor has it Ye spent $1 million on five new 2021 Maybachs for his ex. As for Kim getting her Yeezy-designing ex, she apparently spent a similar amount on some pieces by James Turrell, an acclaimed American artist who “works directly with light and space to create artworks that confront the viewer with the limits and wonder of human perception.”

Kim is currently dating comedian Pete Davidson, who stars on Saturday Night Live. The couple was recently spotted sunbathing together in the Bahamas. Ye has not yet confirmed a relationship after Kim, but the billionaire has been seen several times in recent months with actress Julia Fox.