How often do you think of Seoul? Possibly never, maybe you do not even know where or what it is? Well, Seoul is the capital of South Korea and certainly a sight to see. Seoul is ranked 12th on the list of most expensive cities to live in, so it’s certainly not cheap, but for a visit? Wow, it’s a must see. Seoul is not only a modern, vibrant city, but it also has a great history that dates back to the 14th century. This means there are some amazing temples, palaces, museums, mountains and parks that are definitely worth a visit. The food is exquisite and the nightlife is high on the list of the best in the world. There are many reasons to visit Seoul, and below we have highlighted some of the most important ones. Discover it for yourself and watch Seoul slowly climb up your list of destinations.

Rising more than 500 meters above the city, this communications and observation tower offers magnificent views of the city from its perch atop Mount Namsan. A cable car takes you up the mountainside to the base of the tower. You can climb to the top and visit one of the four viewing platforms, one of which is a rotating restaurant. The view from the top of the tower is spectacular, but so are most other parts of the city. Computer-controlled lighting on the tower’s facade LED creates a digital visual cultural experience of Seoul with changing themed light shows. Admire the breathtaking sights, the beautiful cherry blossoms, and eat a high- quality meal that you can only enjoy once in a lifetime.

A visit to Bukchon Hanok Village is a delightful and interesting way to spend an afternoon if you want to get a taste of traditional Korean culture and architecture. This protected district with numerous historic quarters will give you an idea of what life was like in Korea 600 years ago. It is located in the heart of Seoul, between Gyeongbokgung and Changdeokgung palaces. 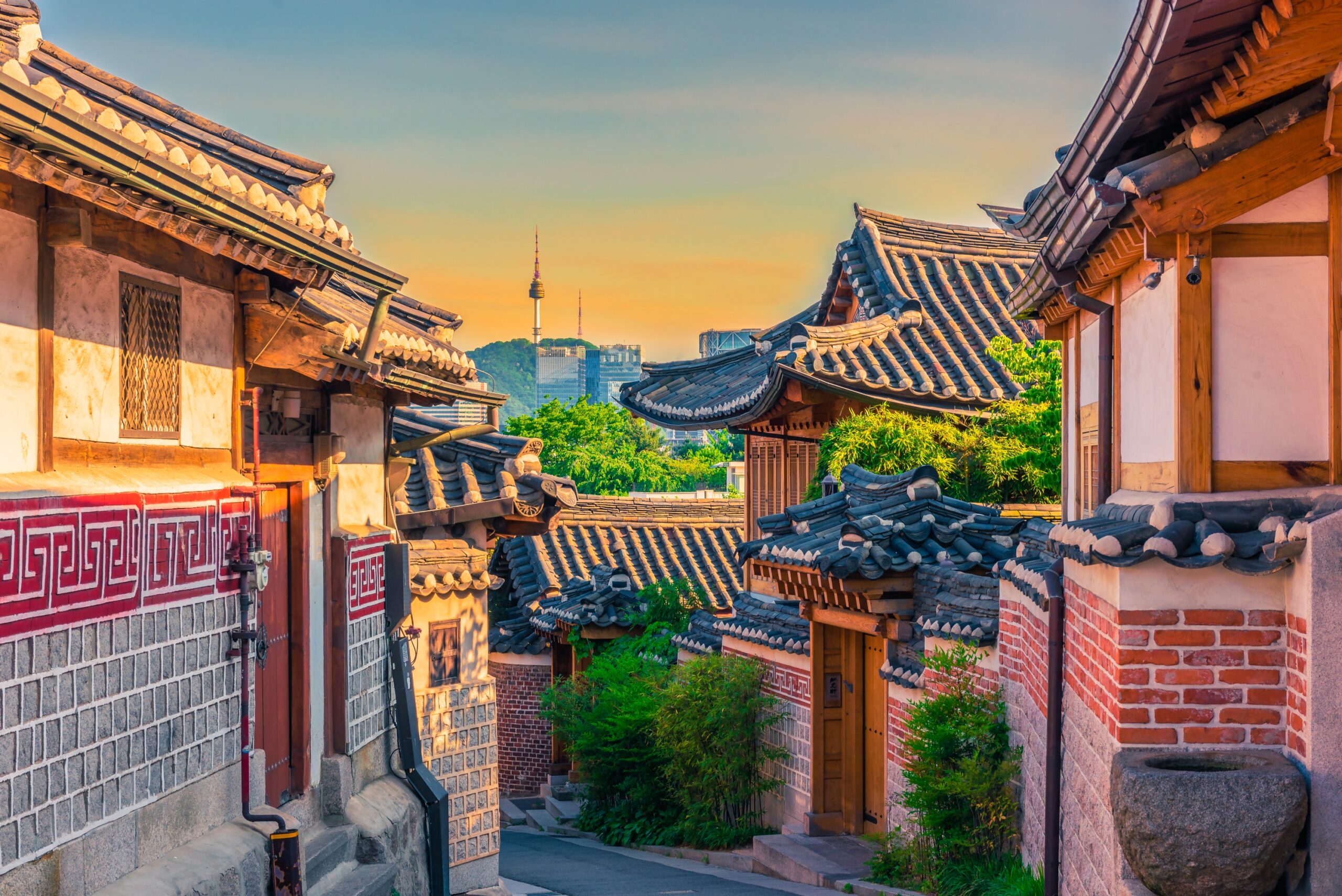 You can see hanoks (traditional Korean dwellings) in the narrow streets of these communities. It is a unique place, not only because it is a historic district popular with tourists, but also because many of the houses are inhabited. Some of the hanoks have been converted into guesthouses and bed-and-breakfasts, while others have been turned into museums. Others are cultural institutions displaying traditional crafts and other historical aspects of Korean society, but most are private residences.

This must-see attraction in Seoul pays homage to Korea’s great history and works of art, as well as to the Korean people. Located in the Yongsan district, the museum is one of the largest in Asia (near Itaewon). It is dedicated to archeology, history and art and has a significant collection of works and artifacts that are over a million years old. In addition to a significant collection of goods and antiques, there are also ancient and prehistoric artifacts, sculptures, paintings and other works of art to see. You can even walk down the street to Yongsan Family Park, a great outdoor spot to relax before or after your museum visit. The War Memorial of Korea, another famous museum worth visiting, is also nearby. 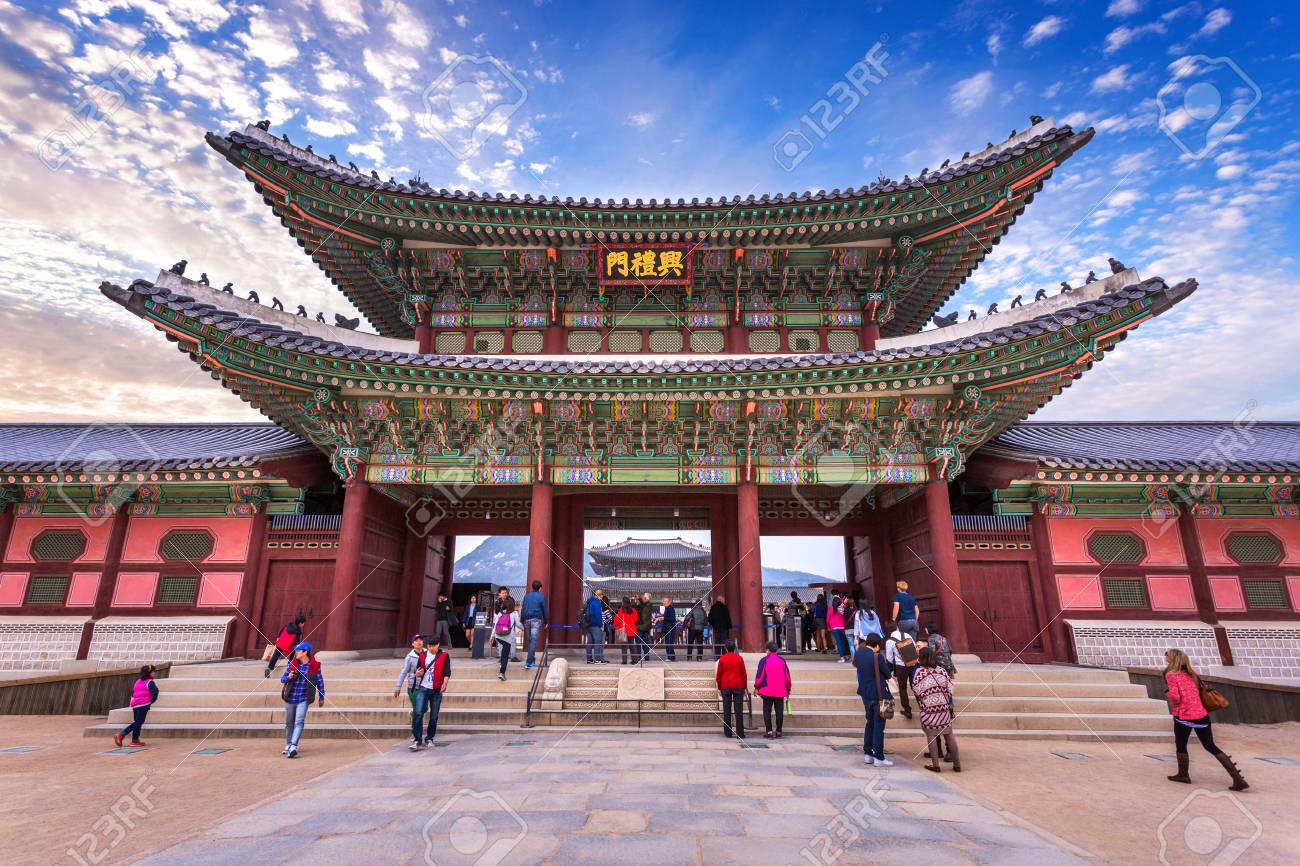 Gyeongbokgung palace with a lot of people and, Seoul, South Korea.

Gyeongbokgung Palace is the largest of Seoul’s five great palaces. It was built in 1395 during the powerful Joseon era. Over the centuries, it was destroyed and rebuilt several times until it was restored to its former beauty after World War II and fully restored in the 1990s.

The National Palace Museum of Korea and the National Folk Museum of Korea are also worth visiting and are located on the palace grounds. The Palace Museum is particularly interesting as it exhibits artifacts from the Joseon Dynasty palaces. These include valuable antiques and works of art, as well as everyday cooking, cleaning and living utensils. The National Folklore Museum shows the history of the Korean people from prehistoric times to the present through everyday objects such as clothing and dioramas.