If you want to be enchanted, few things compare to the magic of Japan’s Studio Ghibli. One of the most famous animation studios in the world, Studio Ghibli has taken us to some of the most breathtaking worlds and numerous films that we love and adore. Many of them have reached the level of cult classics and continue to capture people’s hearts. For anyone interested in anime, Ghibli is a fantastic place to start! Here are our recommendations for the best Studio Ghibli movies for beginners to watch. My Neighbour Totoro is the perfect introduction to the Ghibli universe. Directed by Hayao Miyazaki, the film tells the story of Satsuki and Mei, two children who meet friendly forest spirits in rural Japan. Together with Totoro, a gigantic but lovable goblin, the children have fantastic adventures. The film is undoubtedly one of the most popular Ghibli films of all time.

Spirited Away is an Oscar-winning film that is one of the edgiest Ghibli productions ever. The film depicts the story of a young girl coming of age. She is on the cusp between two worlds – either she stays as she is, or she takes responsibility for herself. As a physical extension of this conflict, she stumbles into an alternate world filled with danger and seemingly sinister spirits that shape her journey. There’s plenty of Studio Ghibli magic, but this film can be very dark for very young viewers.

Enchanting Ponyo is a fairy tale about the friendship between a goldfish princess (Ponyo) and a five-year-old boy. Ponyo dreams of a life as a human and finds her way to the mainland, where she meets Sosuke. As their friendship grows, Sosuke is amazed to find that Ponyo is becoming more human with each passing day. Things take a turn when Ponyo’s father decides to interfere. 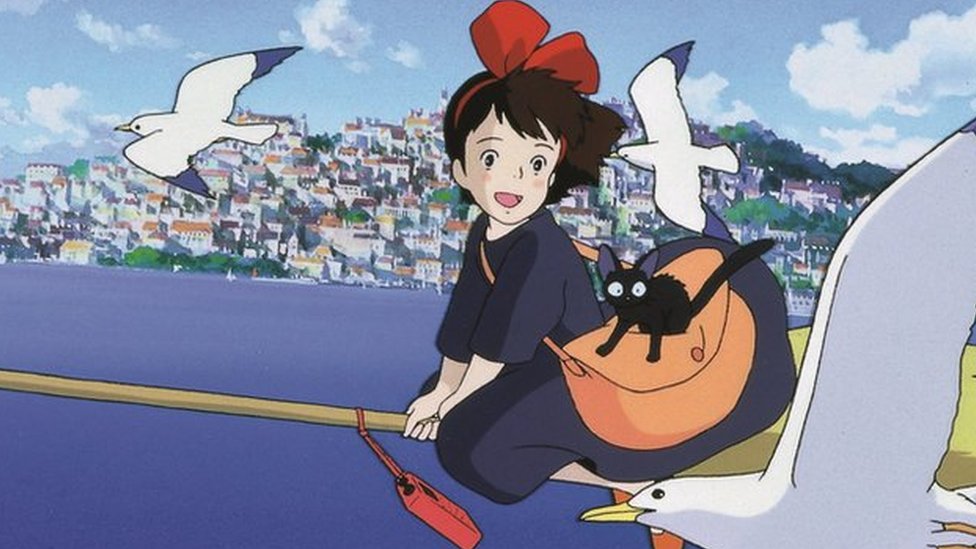 First published in 1989, Kiki’s Delivery Service is about Kiki – a girl with witch blood who flies off alone on her broom to start a new life in a strange city. But she soon discovers that she must reinvent herself in order to survive and find happiness. The film depicts Kiki’s journey of self-realization, where she does not have to give up her identity as a witch to fit into her new life. Kiki trains hard and starts a flying delivery service. She learns to overcome self-doubt and realize where her true power lies.

Princess Mononoke was a worldwide success and the highest-grossing film in Japan when it was released. This enchanting film is about Ashitaka, who sets out to find a cure for an animal attack. Along the way, he experiences a rapidly changing world where nature and man are at odds. The conflict is enough to warrant the wrath of the wolf god and his human companion, Princess Mononoke. Princess Mononoke exemplifies the strong female characters in the world of Studio Ghibli and why we love them so much. She is fierce and fearsome – a force Ashitaka must deal with.