Justin Bieber has been married for almost two years, but it seems he has not really settled in yet. The 26-year-old musician and his model wife Hailey Baldwin Bieber are reportedly once again on the hunt for the perfect domicile and currently have their eye on this Los Angeles property. 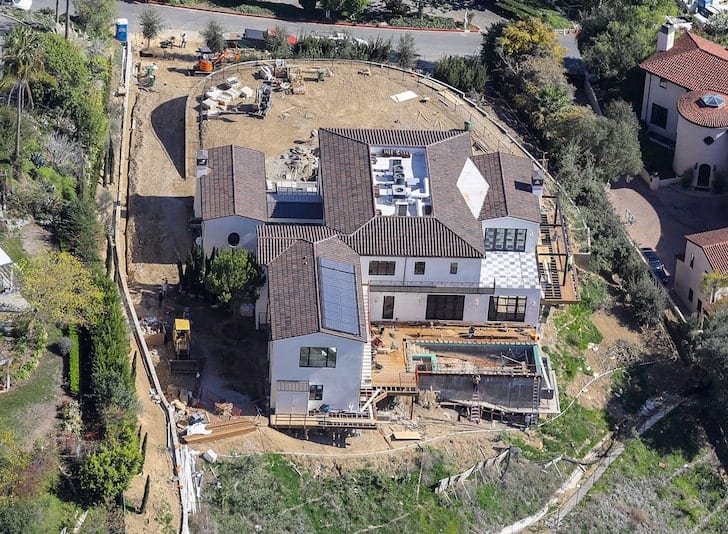 After moving from one house to another, the couple has now set their eyes on a Brentwood mansion estimated to cost between $18 and $20 million. The 7,500-square-foot property is still under construction, but boasts a Mediterranean style. It is currently owned by Ben Kohn, CEO of Playboy Enterprises, who purchased the land on which the mansion sits in 2014. At the moment, it is not known when the Biebers will take over the property. It is also worth mentioning that nothing has been officially closed yet and the couple is still just inspecting the villa. Should they seal the deal, it would be the first house they own as a married couple and the two-year search for a house would finally come to an end.

The Biebers currently live together in an $8.5 million Beverly Hills mansion. The singer bought the property in 2019, and with 6,132 square feet of space, the 1930s-built residence certainly offers plenty of room for the two young celebrities. Plus, it’s a significant improvement over their previous home in the San Fernando Valley, which they rented for a whopping $100,000 per month. Since the home was built nearly 90 years ago, it has understandably undergone some remodelling. Now, the home is complete with white oak floors and steel windows. It also houses a library, an art deco-style bar, and even a temperature-controlled wine cellar.

The couple’s moving saga goes back even further, however. The ‘Yummy’ singer has already purchased a $5 million mansion in his native Canada, which would become home for him and Hailey. As it turns out, Bieber does not seem ready to say goodbye to his life in the United States just yet. The couple also temporarily lived in a hotel in early 2019 after pipes burst in the house they were renting at the time.