“Harry Potter 20th Anniversary: Return to Hogwarts” was released on January 1, and fans of the record-breaking fantasy series are going crazy for a particularly spicy treat.

Emma Watson, who played precocious wizard girl Hermione in the series, spoke about her crush on Tom Felton, who played the villainous Draco Malfoy. While it’s not the first time Watson has admitted to having feelings for her character’s nemesis, it’s one of the more intimate looks at how the actors’ relationships developed as these young stars were thrust into the spotlight.

Interestingly, the first sparks seem to have flown not on set, but while the child actors were attending their makeshift school. “I walked into the room where we had tutoring,” Watson recalls. “The assignment was to draw how you imagine God, and Tom had drawn a girl with an upside-down hat on a skateboard. And I do not know how to say it – I just fell in love with it. 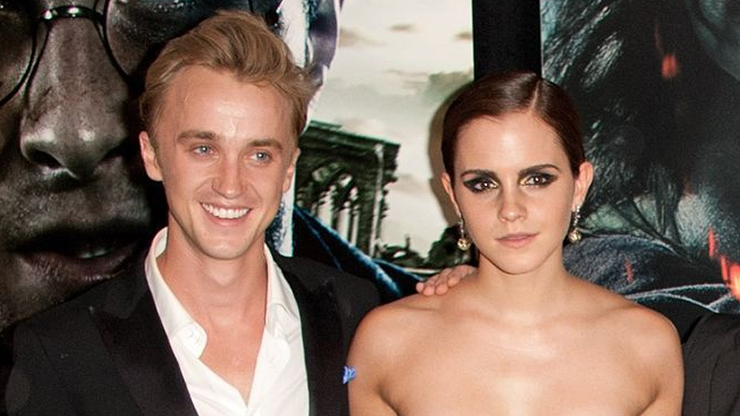 The infatuation continued during filming. Watson came to work hoping Felton would work that day, too. “If his name was on the shooting schedule, it was a particularly exciting day.”

Unfortunately, it seems Felton did not have the same romantic feelings. Watson explained, “He was three years older than me and for him it was like, ‘You are my little sister.'”

Felton basically confirmed Watson’s opinion, “I was very protective of her. Yeah, I have always had a soft spot for her, and it’s remained that way to this day. There’s always been like, I do not know, a kinship.

That kinship goes all the way back to the first auditions for the Potter series. Watson, who was just 11 when she applied for the role of Hermione, was new to the film industry and confused by some of the equipment. Felton recounts, “This little girl asked me, ‘What’s that?” pointing to a large microphone dangling over her head. Felton replied, “That’s a microphone, sure.”

Watson quickly caught on, earning acclaim not only for her time at Hogwarts but also for her diverse work on stage and in film, including roles in Sofia Coppola’s The Bling Ring, a live-action version of Beauty and the Beast, Little Women and The Perks of Being a Wallflower. She has also found time to pursue a degree in English literature at Brown University and to work for gender equality as an ambassador for the United Nations.

As for her personal life, Watson prefers to keep those details to herself, but it is believed that she is in a long-term relationship with American businessman Leo Robinton.

Felton has found his own continued success as a regular in the sci-fi series Origin, as well as in a number of indie films and other shows TV. His current relationship status is unknown, but he previously dated Jade Olivia Gordon, who played his character Malfoy’s wife in the last Harry Potter film.